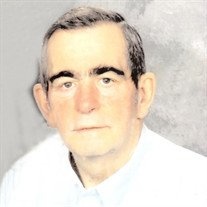 Roger spent over 30 years as a tool and die maker at Caterpillar, retiring in 1994 and worked at Walmart on Allen Road for the last 10 years. He was an ordained minister working in prison ministries.

Services will be held on Tuesday, February 10 at 10:00 am at Christ New Covenant Open Bible Church in Lacon. Visitation will be on Monday night from 5-7 pm also at his church. Burial will be in the Wyoming Cemetery. Memorials can be made to the Roger Jackson Memorial Fund. Online condolences can be left at lenzmemorialhome.com.

To send flowers to the family or plant a tree in memory of Roger Jackson, please visit our floral store.

To send flowers to the family in memory of Roger Jackson, please visit our flower store.