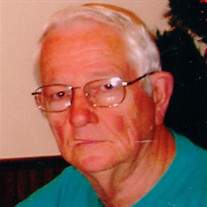 Roger D. McCullum, age 83, of Chillicothe, passed away on Sunday, August 4, 2019 at Flanagan Rehabilitation and Health Care Center.
Roger was born on February 1, 1936 in Streator, IL to Paul R. and Carrie V. (Reed) McCullum. He married Shirley J. Mattice on August 13, 1967 in Peoria.
Surviving are his wife, Shirley; his son, Philip McCullum of Bloomington, IL; three step-children, Paul (Annette) Thomas of Collinsville, IL, Debora (Daniel) Frasco of Peoria, IL and Rebecca (Dennis) Gibson of Chillicothe, IL; five grandchildren and two step-grandchildren; and four great-grandchildren. Also surviving are three sisters, Carolyn (Vernon) Whittemore of Chillicothe, IL, Paulette Horton of Morton, IL and Cynthia (Charles) Huggins of East Peoria, IL. He was preceded in death by his parents, one brother and one sister.
Roger served in the U.S. Army from 1958 to 1962. He then worked for 31 years for Caterpillar in Mossville as a crane operator, retiring in 1986. He was a life member of the Amvets Chapter #77 in Chillicothe, the Peoria Casting Club and the Chillicothe Historical Society.
A visitation will be held on Wednesday, August 7, 2019 from 6pm to 7pm at Lenz Memorial Home in Lacon. Cremation rites will be accorded following the visitation. Memorials may be made to the charity of the donor's choice. Online condolences may be made through www.lenzmemorialhome.com


To send flowers to the family or plant a tree in memory of Roger Dean McCullum, please visit our floral store.

To send flowers to the family in memory of Roger McCullum, please visit our flower store.