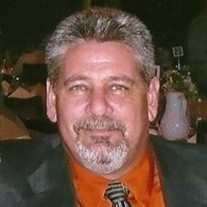 
He was preceded in death by his father William in
2011.


Russell was an avid golfer and fisherman and also
enjoyed sailing. He had sung with the Village Aires for two years.
He really loved to cook and everyone that knew him described him as
one of the best.


Funeral Services will be held on Saturday August 3,
at 10 AM at Ruestman-Harris Funeral Home in Minonk. Visitation will
be held from 5-8 PM on Friday August 2 at the funeral home.
Interment will be in Young America Cemetery in Hume and will be
private for the family.


Memorials may be made to a fund established for his
son William.


Online Condolences may be directed to his family at
ruestmanharrisfuneralhome.com

To send flowers to the family or plant a tree in memory of Russell McMullen, please visit our floral store.

To send flowers to the family in memory of Russell McMullen, please visit our flower store.