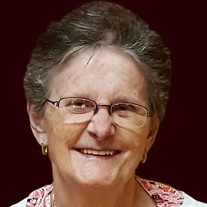 Born to the late William and Helen Crank Krowlek, she was married to Jack Cowell on November 4, 1962 and had two children. She later married Dean Norwood on June 14, 1974 at the Lacon United Methodist Church. Dean passed away on April 20, 2000. Sharon was a waitress in Lacon for most of her working life, working at Cowell's Colonial Café, Club LaCon, and Kenyon's Place.

Sharon enjoyed golfing, reading, playing cards, bingo, and mah-jongg. She was a lifelong Chicago Cubs fan. Sharon loved her grandchildren (the most!), her dog Lily, her customers & co-workers over the years, and cherished the many friends she had. She was a member of the American Legion Auxiliary #593 and a former board member of the Lacon Public Library.

Cremation rights have been accorded and a memorial service will be held Saturday, February 11 at 12 PM at Lenz Memorial Home in Lacon with visitation one hour prior. Burial will be in the Lacon Cemetery at a later date. Memorial contributions can be made to the Lacon Public Library or Lacon-Sparland Ambulance. Online condolences can be left at lenzmemorialhome.com


To send flowers to the family or plant a tree in memory of Sharon Norwood, please visit our floral store.

To send flowers to the family in memory of Sharon Norwood, please visit our flower store.