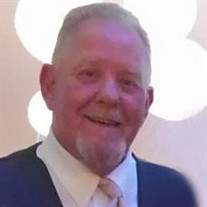 Terry D. Cooper, 55, of Oglesby, formerly Lake Wildwood died at his residence on January 18, 2015 at 2:33pm. Born on January 13, 1960 to the late Harvey L. and Annette King Cooper in Spring Valley, he was married to Beth Joiner and raised 3 children.

Terry is survived by his children Ashlee (Adam Miller) Cooper of Peoria; Jeremy (Tiffany) Cooper of Marquette Heights; Terry A. Cooper of Utica; and sister Kathi (Dean) Gerard of LaSalle. He was preceded in death by one brother and one sister.

Terry spent his career working in law enforcement, starting as a corrections officer at Sheridan Correctional Center. Later he worked as a Toluca Officer, a road deputy for Marshall County and dispatched at Livingston County.

A graveside service will be held on Saturday, January 24th at 11 am at the Hope Township Cemetery in Lostant. Visitation will be from 5-7 pm on Friday at Lenz Memorial Home in Lacon. Memorials can be left for the family. Online condolences can be left at lenzmemorialhome.com

To send flowers to the family or plant a tree in memory of Terry D. Cooper, please visit our floral store.

Please click here to view the video tribute
To send flowers to the family in memory of Terry Cooper, please visit our flower store.