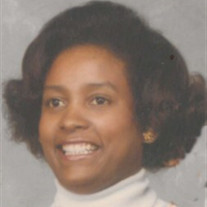 Terry was a member of Mt. Pisgah Baptist Church in Bloomington
where her funeral services will be held at 12:30 pm. Tuesday, June
25, 2013 with Rev. Frank McSwain, Sr officiating.  Visitation
will be From 10-12:30pm prior to the service on Tuesday, June 25,
2013 at the church.  Burial will be in Evergreen Memorial
Cemetery.  Kibler-Brady-Ruestman Memorial Home in Bloomington
is handling arrangements.  Memorials may be made to the
family.

She received her education in the Bloomington Public
Schools.  She attended ISU and later received her
certification as an accountant.  Terry was previously employed
with Family Services where she was instrumental in helping families
improve and maintain their lives, later she worked for First of
America as a mortgage and loan officer until her untimely illness,
even though she was disabled she continued to touch and influence
the lives of others in need of assistance.

Terry accepted Jesus Christ as her personal Savior at the age of
eleven and was baptized at Mt. Pisgah  Baptist Church under
Rev. Leo Sneed.

She was a board member of Morgan Washington Home and Sunny Side
Center and was very active  in the community as long as she
was able.

Terry was a very loyal sports fan of the Cardinals, Bears, Bulls
and U of I. She was an avid Bid Whist player, listened to jazz and
she filled her days watching T.V. She will be deeply missed by four
sisters; Stephanie Moore- Okolonji, Bloomington; Cathy Bryant,
Bloomington; Kathleen Butler, Atlanta, GA; Royanna Woods, Chicago;
a son, Phillip Best, Bloomington; two grandchildren; Alissa Best
and Ronnie Westmoreland; nephews (her buddies) as well as family
and friends.

Terry was born on November 11, 1948 in Bloomington, a daughter
of Roy Woods and Melba L. Moore.

She was preceded in death by her parents.

Online condolences by made sent to the family at
www.kiblerbradyruestman.com.

To send flowers to the family or plant a tree in memory of Terry L. Lewis, please visit our floral store.

To send flowers to the family in memory of Terry L. Lewis, please visit our flower store.