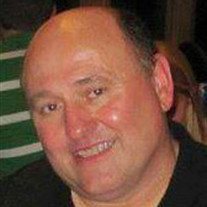 
Terry adored his wife. He loved nothing more than holding her hand
and spending every free moment with her. Terry devoted himself with
his whole strength and soul to his children and grandchildren. He
was the anchor of his family, the rock that strengthened them and
the glue that kept them together. The ending of every conversation
with them was, "I love you." Terry was a selfless man who would do
anything for anyone. He proved this once again as he donated his
organs to help others. He was kind, compassionate and considerate.
He was a role model for hard work. He was employed as a warehouse
manager for United Feeds, Gridley for 24 years. He loved farming,
Eagles music, and was a Yankees fan.


Online condolences may be sent to his family at ruestmanharrisfuneralhome.com

To send flowers to the family or plant a tree in memory of Terry W. Punke, please visit our floral store.

To send flowers to the family in memory of Terry W. Punke, please visit our flower store.