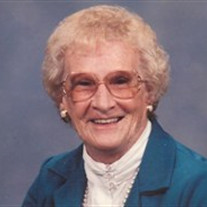 
Virginia and Lyle farmed in rural Lacon with Virginia filling the
roll as Lyle's farmhand. She also assisted older folks in their
homes for many years. She was a member of Marshall-Putnam Home
Extension, Immaculate Conception Alter and Rosary Society, Roving
Mallards Camping Group, and The Farm Bureau.


Services will be held January 17 at 11am at the Immaculate
Conception Church in Lacon. Visitation will be on Thursday January
16 from 5-7 at Lenz Memorial Home in Lacon and also one hour prior
to services at her church. Memorials can be made to the St.
Joseph's Nursing Home. Burial will be in the Lacon Cemetery. Online
condolences can be left at lenzmemorialhome.com

To send flowers to the family or plant a tree in memory of Virginia L. Schlosser, please visit our floral store.

To send flowers to the family in memory of Virginia L. Schlosser, please visit our flower store.