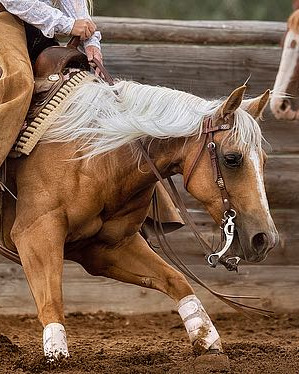 William R. Beluschek, 83, of Lacon Illinois, died on January 4, 2023 at Accolade Health in East Peoria, Illinois. Born in Dolton Illinois to the late Franklin and Grace (Hellinga) Beluschek, he married Kathleen Zurhorst on December 20, 1971 in Peoria. They were married for 51 years.

Bill served his country in the Army. Upon his return he worked at Cohen Furniture and later Lippman Furniture in Peoria for over 15 years. He then ventured out on his own with his wife to start K A Beluschek and Co., a firm specializing in designing, building, and or renovating financial institutions throughout the state of Illinois.

In his off time, Bill had a love for horses, dogs, and cats. Most of them were found in the barn. He showed cutting horses and was an avid boater, even beginning their married life living on a boat on the Illinois River. Bill loved boating on Lake Michigan and it was his favorite place. He was a member of the Mid Illinois Cutting Horse Association and the US Power Squadron.

Bill is survived by his wife, Kathy at home; son Todd Beluschek of St. Louis MO; nephews John Sakola of Clearwater Florida, Robert (Jodie) Zurhorst of Pekin; niece Julie Wilson of Pekin and many great nieces and nephews. He was preceded in death by his sister Fran Sakola and nephew James Sakola.

Cremation rights have been accorded, and there will be no services at this time. In lieu of flowers donations memorials can be made to The A.R.K. animal shelter 477 IL-26 Lacon IL 61540 or Come Bye Border Collie Rescue PO Box 332 Highland Park IL 62249or donor’s choice. Online condolences can be left at lenzmemorialhome.com.

To send flowers to the family in memory of William R. Beluschek, please visit our flower store.