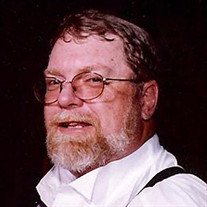 He is survived by his wife Karen and one daughter, Wylee (Todd) Bickerman of Lacon, two grandchildren Ella and Tucker Bickerman, three brothers Thomas (Geri) Frew of Glendale Heights; David (Shirley) Holler of Marquand, MO; and Gordon (Lori) Holler of Sparland and several nieces and nephews.

He was preceded in death by his parents and son Ryan in 2001.

A veteran of the Vietnam War, he served in the U.S. Army from 1969-1971 in the 101st Airborne Division as a SP4 Supply specialist and armorer. He graduated from Mid-County High school and worked at Caterpillar for 30 years. He was a former member of the Lacon-Sparland Fire Department and a member of the AMA-R.C. Airplane Club. He enjoyed hunting, fishing, camping, restoring old cars & tractors, and being with his friends.

Visitation will be Friday, June 17 from 5-7 pm and funeral will be Saturday at 10:00 at Lenz Memorial Home in Lacon. Burial will be in Lacon Cemetery. Memorials may be sent to JDRF Juvenile Diabetes Research Foundation or the American Legion of Lacon. Online condolences may sent to www.lenzmemorialhome.com.


To send flowers to the family or plant a tree in memory of William "B. Jay" Holler, please visit our floral store.

Please click here to view the video tribute
To send flowers to the family in memory of William Holler, please visit our flower store.